Experts say to write about what you know. When I think about what’s resonating in my life right now and what’s motivating me with my own work, it’s my family […]

Experts say to write about what you know. When I think about what’s resonating in my life right now and what’s motivating me with my own work, it’s my family – specifically my dad Kreg Brown. He works for a company called EKS&H, which is a privately held local accounting firm with around 700 employees and a Top 20 best medium-sized workplace award winner. He’s been with them for about 15 years as a Senior Audit Partner and his contributions to the firm are almost too many to count. During his time there he has served as the head of their Oil and Gas and Manufacturing niches, been an active board member for three terms, and has led their trust training efforts using methods from the book The Speed of Trust, which has been invaluable to their growth and development as a company. 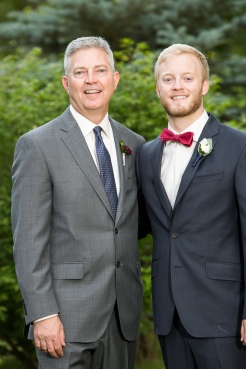 I’ve always known how lucky I am to have him in my life, but over the years I’ve come to understand some of the reasons why he’s been so successful in his career and why he’s such an amazing father. He’s taught me many things in the past, but I only recently realized that some of his most important lessons are directly related to process improvement methodologies.

1. Knowing how and why to listen

Being a good listener is not just about hearing what someone is saying, it’s about why they’re saying it. Have you ever met someone that just seems to know what you’re thinking? Or someone who can say just a few words that change your perspective and lead you to thinking of an amazing idea? Well, he’s that kind of person. He knows what to say, when to say it, and how to say it, which requires exceptional listening skills. From a process perspective, listening well can lead to a much better understanding of how things actually work. When everyone in a process is involved and aware of concerns and ideas, improvements are much easier to identify and implement.

2.Recognizing when to let go

Sometimes life can become overwhelming and difficult to manage, and things start to feel like they’re just spinning out of control. It’s happened to all of us at one point or another. He gave me a piece of advice when I was younger and it’s stayed with me ever since. “If you can’t control it, it’s not worth your time.” So many things can cause you to worry or have some anxiety, but the vast majority of those things are those that you have absolutely no control over. He knows how to let those things go so he can focus on what matters. In process mapping, it’s very common to identify steps that the process owner or contributors have no capacity to change or influence. When those things are identified, it’s crucial to let them go and focus on other areas of the process that your team can actually control.

What is his definition? “Doing the same thing over and over again and expecting different results.” Pretty simple right? Not for everyone. It’s one thing to know what it means, but something else entirely to put into practice. He told me this a long time ago and again, it stuck with me. Sometimes all you need is to step back and take a good look at your own patterns. He’s really good at this. As a Peak team analyst, it’s my job to help departments identify issues like this when I facilitate process improvement events. It’s easy to revert back to “the old way”, and to continue “doing things the way we’ve always done them”. However, using Einstein’s definition of insanity can be valuable in the effort to make smart changes and improvements.

4. Discovering the power of being grateful

I’ve received a lot of wisdom from him over the years, but this is the most powerful one. He once told me that every morning after he wakes up, he takes a few minutes to think about something that he is grateful for. It may seem silly at first, but it really changes the way you start your day. It’s easy to think about the things that are going wrong in your life, but taking the time to remember the things that are going well can set you up for success going into a hard day of work. When dealing with a troublesome process, it’s easy to focus on the problem areas and forget about what’s working well. One of the Peak team mottoes is to “spread the good”. We’ve found that celebrating success can have the effect of speeding up the process of innovation. Hearing positivity can make it easier to tackle negativity in a productive way.

5. Find and live your passion

This one is the hardest to do, but it has the greatest benefit over time. Have you ever
really thought about what your passion is? If you haven’t, I’d strongly suggest doing so.
If you think you’ve found it, are you living it? If not, make this a priority. It took him almost 20 years to find his, but his success is proof that it’s something worth doing. When you are living your passion, everything you do feels like it matters. So how does this relate to process improvement? Well, one of the main principles of lean is to identify what your customer values and maximize the service deliveries that add to that value. When processes are designed around value to your customer, amazing things can happen.

Many of these things are challenging to implement and I’m not great at them either, but I can tell you that each one is worth the effort. I will be forever grateful to have such a great role model and inspiration in my life. I don’t tell him this enough, but I wouldn’t be where I am today without his support. So thanks dad, keep being you.